In the Creation Time Buwarraja, the land and all of life was sung into being. The Creation Story is how everything was sung into existence, the soils, plants, animals, insects, tools, food, medicine, the Law. All the languages were given to the people in song. The land was mapped by the Ancestors in Songlines connecting the people forever to their place. Song is the land title, the Law and the feeling. Song is the spiritual connecting the land with the sky, bringing the rain and the ” happiness to the land” as Yidumduma repeatedly informs us.
Source: http://ydproject.com/index.php/lowernav/stories/

Each of these videos uses state of the art technology to evoke the primordial other-worlds atmosphere of songlines. Quite moving and absorbing.

Songlines: Tracking the Seven Sisters. Production of the National Museum of Australia. 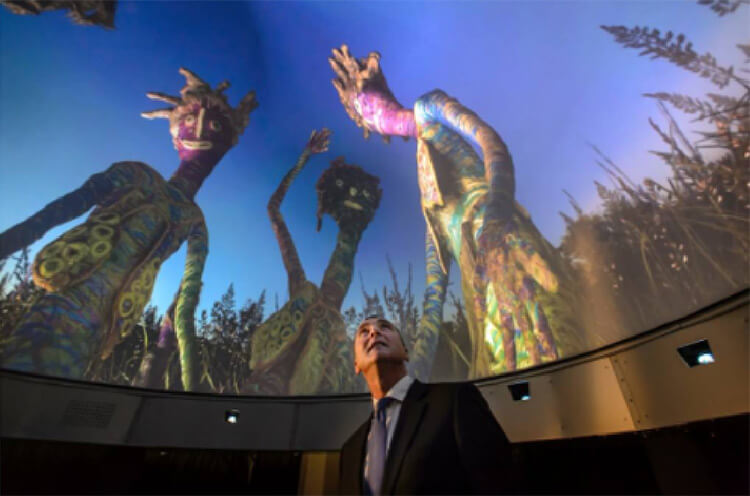 Growing Up: Gornbunya Site. Yidumduma Bill Harney sharing memories of growing up at Gornbunya site in Garnawala country. As he shares story, for part of the time he is seated in front of the rock mural used as the Warrior’s Songline cover.

Lightning Brothers: Nimji Site. Yidumduma Bill Harney teaches the meaning behind the rock art at this famous site on Willeroo Station, Northern Territory. The Lightning Brothers and their offspring (from a different cave) appear on the Songline cover.