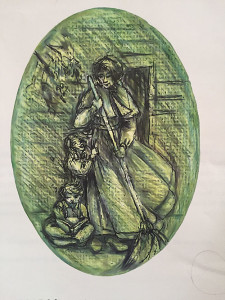 Margaret Wheatley has been honored by The Loretto Women’s Network (LWN), awarding her the 2015 Mary Rhodes Award for her international work with women and grass roots traditions.

The Loretto Community is a religious community comprised of the Sisters of Loretto and the Co-members of Loretto. The Loretto Women’s Network is a group of feminists within the Community who are active in the causes for equality of women.

The award is named for Mary Rhodes, one of the founders of the Sisters of Loretto. The Mary Rhodes Award is a way Loretto chooses to honor women who have made a significant contribution to the cause of justice and equality for women. Meg was chosen because she “acts as an international agent of social change, especially for working women and with grass roots traditions.”

The award has also been presented to four other outstanding women: Dr. Ghazala Hayat, a strong advocate educating peoples about the role of women in Islam; Sister Simone Campbell, a Sister of Social Service and a national leader on issues of social justice and creator of “Nuns on the Bus”; the laywomen employees at the Loretto Motherhouse for their caring, attentive and respectful service; and Marcellina Otti, a Ugandan woman working with refugees in the Denver area.