It is with the greatest sense of loss that we announce our beloved teacher, friend and co-creator of Warrior Training, Jerry Granelli, died on July 20, 2021.  Jerry was 80 years old and had triumphed over 3.5 months in hospital where he refused to die.  He kept choosing, in the midst of great pain and suffering, to regain his health so that he could continue to serve as a teacher of Warriors and musicians.  He was doing remarkably well, teaching Warriors in June and July, and his music students just two days before he passed.  But on July 20th, his heart stopped and he left the body.  Through his long ordeal in the hospital, Jerry practiced meditation continually to stay present and aware; even when he lost it because of pain and fear, he said: “I could always find my mind.”  It was his Bodhisattva vow to serve all beings until suffering ends that gave him the clarity and strength to refuse to die, even when death was an easier choice. But his great compassionate heart could not recover from the months of extreme physical challenges.

He lives on in thousands of his music students, in dozens of his albums, in his family and sangha friends.  He continues to inspire and teach those of us committed to the Warrior path. The Warrior’s Songline, produced with Meg in January 2020, is a perfect expression of their work together in training Warriors for the Human Spirit for six years.  And now it is a beautiful, soaring legacy.

The Power of Community–listen to “Aspen Grove” from The Warrior’s Songline: 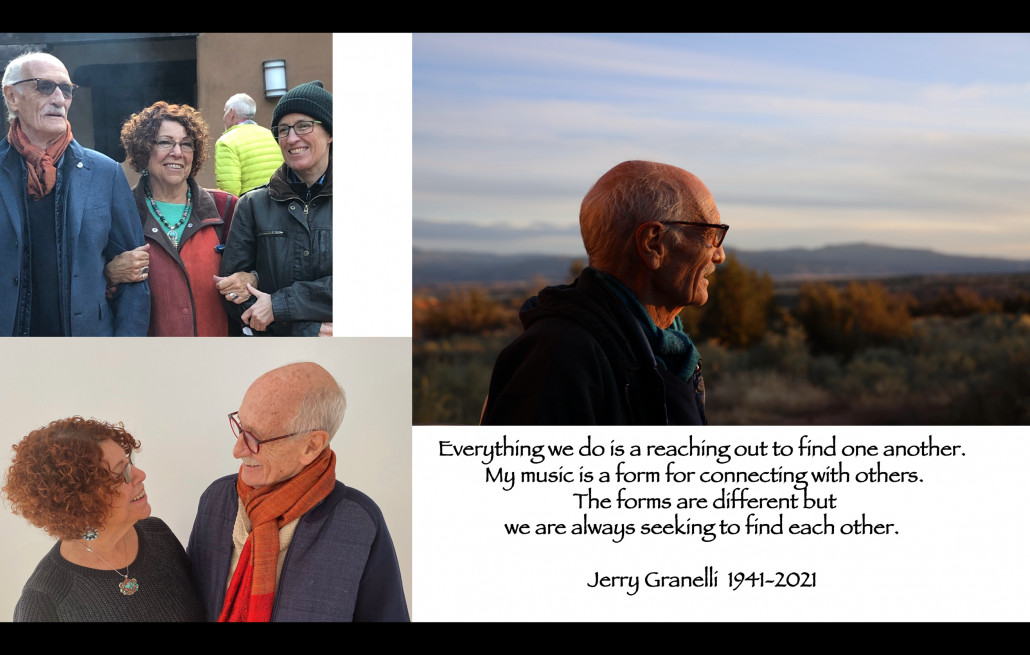 In honor of the irreplaceable contribution Jerry Granelli made—teaching us how to pay attention, watch our minds, and perceive without filters—and experience joy in the process,  we created:

If you wish to contribute, please click here: berkana.org/donate

The quote above is the last teaching I received from Jerry in a personal conversation when I asked him about how he felt about his music-performing days ending because of his health. —Meg